Ethiopian Airlines on the up 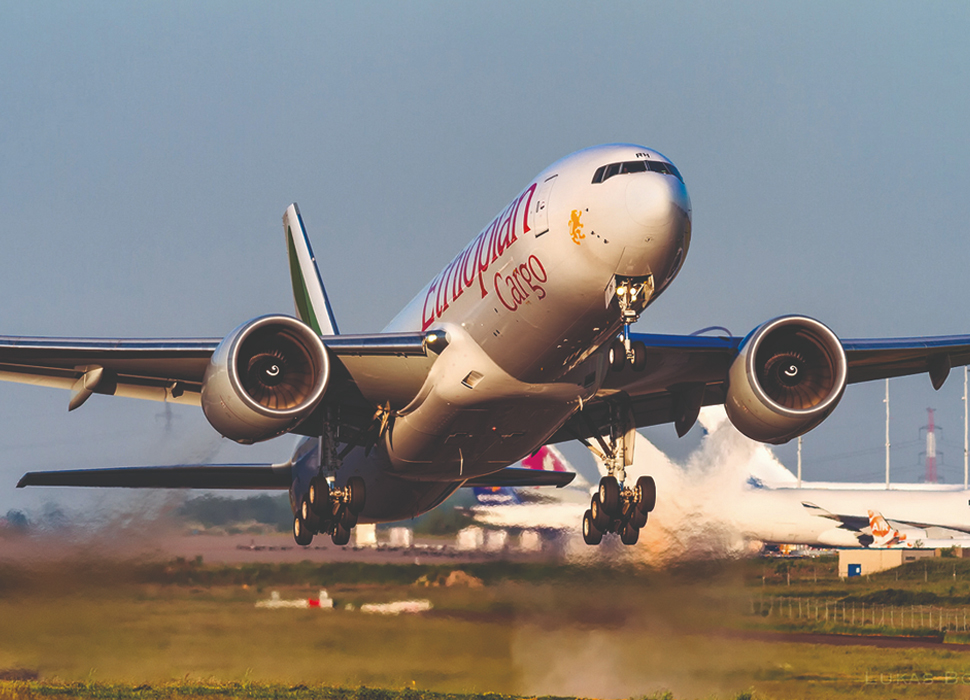 Ethiopian Airlines on the up

In contrast with the poor performance of the African aviation industry over recent years, this expansion indicates the rude health of Ethiopian Airlinesand its intent to dominate the African skies. The airline adds the A350-900s to a fleet of 92 aircraft. It was the first in Africa to include A350-900s in 2016 and the first to operate Boeing 787 Dreamliners in 2012.

Similarly, the airport expansion project, backed by China’s Exim Bank, is a move to rival South Africa’s O.R. Tambo International Airport, which received around 21m passengers last year. Ethiopian registered an 18% passenger increase in 2016, and despite local political turbulence and tough market conditions, it made a record net profit of $273m in the 2015–16 fiscal year ending June 2016.

Contrast this with Africa’s overall poor aviation performance, which marked a loss of $900m in 2015 and $800m in 2016 according to the International Air Transport Association (IATA).

Indeed, many of Ethiopian Airlines’ largest competitors like Kenya Airways and South African Airways have struggled due to a mix of unfavourable conditions, poor strategic management and a continent-wide lacklustre approach to creating favourable environments for African carriers.

Non-African airlines operate 80% of intercontinental traffic between Africa and the rest of the world, with carriers such as Emirates and Turkish Airlines taking an increasing share, and there have been very few moves to address this imbalance.

Equally, many African governments only allow their state-owned carriers to operate domestic flights, leading to increased fares and a lack of competition and air traffic growth. In 2016 African airlines had the lowest load factor – the number of seats occupied by customers – in the world at 54.6%.

All this points to the need to liberalise the African air market. Daniel Mosely, Boeing’s communications manager for Europe and Africa, says: “Increased competition can only serve to raise standards across the continent. Efforts must continue to promote progressive aviation policies including; liberalisation of the African aviation market; improved aviation infrastructure; relaxation of visa policies; harmonisation of legislation; licensing and technical standards across the African continent; and efficient implementation of safe, secure, and sound air traffic navigation systems across Africa.”

The 1988 Yamoussoukro Declaration set in principle the idea of liberalising the African air space and many African carriers are hoping the African Union’s Continental Free Trade Area plan – supposedly coming to fruition this year – will put wind beneath the declaration’s wings.

The IATA forecasts that if only 12 of Africa’s economies liberalised their air space, fares would drop by up to 35%, $1.3bn would be added to GDP and the market would be set for growth.

Ethiopian says: “The Yamoussoukro Declaration must be implemented so as to beat the challenges African carriers are facing in safety, technical and human resource constraints, high operating cost environment, and lack of commercial cooperation and policy coordination.”

Declining oil prices have also decreased revenues and led to a drying up of foreign currency spending and reserves. Most airline expenses are billed in dollars meaning that many African companies are losing out as a result of their trapped currency. Ethiopian Airlines, however, has managed to weather the storm and have emerged from the previous financial year boasting profit, new planes and plans.

It now flies to more than 100 international destinations (recently adding Oslo, Singapore, Jakarta and Chengdu) and carries more than 7.6m passengers each year. “Ethiopian Airlines has emerged as a formidable and inspirational carrier, dispelling a lot of myths along the way and showing the industry, Africa and the rest of the world what is achievable when one combines vision and strategy with talent, capability and the right equipment,” comments Mikail Houari, Airbus President for Africa and the Middle East.

A large contributing factor to this success is the company’s 2025 vision document, which calls for Ethiopian Airlines “to become the most competitive and leading aviation group in Africa by providing safe, market driven and customer focused passenger and cargo transport, aviation training, flight catering, maintenance repair and operations, and ground services by 2025.”

Wrapped up in this vision is a business model that capitalises on four key areas. Firstly, investing in the quality and diversity of the Ethiopian Airlines fleet. Owning and operating the Boeing Dreamliner and the Airbus 350s means that Ethiopian holds two of the world’s best aviation cards.

Secondly, Ethiopian Airlines has consistently pushed to spread its connectivity and has greatly benefited from setting up regional hubs in Lomé, Togo, and Lilongwe, Malawi. Through these hubs Ethiopian can connect to more places and can push flights back through Addis, which is an effective way of generating more business and revenue.

Ethiopian has also capitalised on the relatively recent and growing Asian interest in Africa, flying to Dubai, Bangkok, Mumbai and Singapore. Furthermore, it is one of the few African airlines allowed by the United States Federal Aviation Administration (FAA) to fly to the United States.

Thirdly, customer service and satisfaction levels are high. The company has been presented with numerous awards including SKYTRAX World Airline Award for Best Airline Staff in Africa and Cargo Airline of the Year.

Lastly, Ethiopian has diversified its income sources by offering two additional services on top of basic aviation. In 2016 Ethiopian Airlines unveiled its Aviation Academy in Africa costing $100m. The Academy is a high spec training centre complete with 20 pilot training aircraft, classrooms, auditorium and a dormitory.

Alongside this, Bole International is fast becoming a pit stop for regional and continental flights, which come to Addis to get their planes serviced by Ethiopian’s maintenance and repair teams. Capitalising on their capability to offer these services, Ethiopian Airlines looks well positioned to become Africa’s aviation ground zero.

Similarly, from this position of strength, Ethiopian is poised to capitalise on the inevitable growth of the African aviation industry, as is predicted by Boeing and Airbus.

Airbus’s Houari says: “Production and deliveries of A350s is still ramping up and Air Mauritius will soon be the next African carrier to receive its first A350, the first of which is currently being equipped and furnished in our completion centre in Toulouse, France. We are in constant discussion with African airlines and operators about how Airbus’s products could best meet their network and growth requirements.”

Boeing’s Mosely says African airlines will need 1,220 new airplanes each over the next 20 years to accommodate population growth and Africa will invest almost $180bn on new planes.

As for Ethiopian, its direction is clear: “Fast, profitable and sustainable growth is the underlying management philosophy at Ethiopian and it is in this vein that it has outlined a long-term vision that will transform the airline to a leading aviation group in Africa by 2025, now in the seventh year of implementation with what can be considered as the highest performance and profit in the industry.”